Nature, as well as nurture, play a part in our ability to learn language. 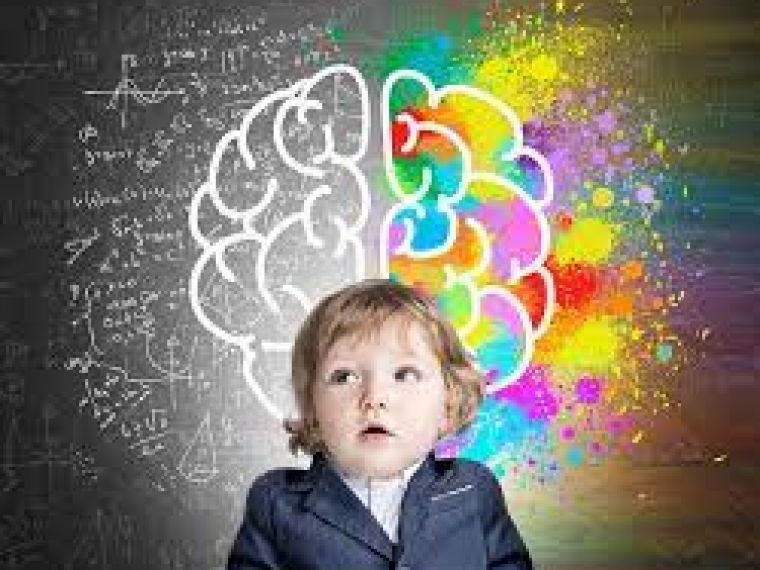 Nature, as well as nurture, play a part in our ability to learn language.

New research at the University of Boston found that the brain structure of babies can have an important effect on their language development within the first year of life. The findings show that, although nurture plays a vital role in the development of an infant’s language abilities, natural factors also matter.

The study followed dozens of newborns over the course of five years, looking to establish how brain structure during infancy relates to the ability to learn language during early life. While these results definitely show that natural factors influence said ability, they’re also encouraging — upbringing, or nurture, has a sizable influence on a child’s ability to develop their understanding and use of language.

For the study, the authors worked with 40 families to monitor the development of white matter in infants’ brains using magnetic resonance imaging (MRI). This was particularly difficult to pull off, they explain, as capturing quality data using an MRI relies on the patient keeping completely still.

“[Performing this study] was such a fun process, and also one that calls for a lot of patience and perseverance,” says BU neuroscientist and licensed speech pathologist Jennifer Zuk, lead author of the study. “There are very few researchers in the world using this approach because the MRI itself involves a rather noisy background, and having infants in a naturally deep sleep is very helpful in accomplishing this pretty crazy feat.”

The fact that babies have an inborn affinity for absorbing and processing information about their environment and the adults around them isn’t really any news. Anyone who’s interacted with an infant can hear the hints of developing language in their cries, giggles, and myriads of other sounds babies produce.

But we also like to talk to babies, thus helping them understand language better. The team wanted to determine how much of an infant’s ability to learn is due to their inborn traits, and how much of it comes down to the practice they get with the adults in their lives.

The new study reports that functional pathways in the brain play a large role in forming a child’s language-learning abilities during the first year of their life. These pathways are represented by white matter, the tissue that acts as a connector in the brain and links together areas of gray matter, where neurons reside and perform the actual heavy lifting in our brains. The team was interested in white matter in particular as it is the element that actually allows neurons to work together to perform tasks. The practice of any skill leads to the reinforcement of connections that underpin it, they explain, showcasing the importance of white matter in brain functionality.

“A helpful metaphor often used is: white matter pathways are the ‘highways,’ and gray matter areas are the ‘destinations’,” says Zuk.

Together with senior author Nadine Gaab from Boston Children’s Hospital, Zuk met with 40 families with infants to record the development of their white brain matter. In order to ensure the quality of the recorded data, they had to make sure that the babies were sound asleep before placing them in the MRI machine — which was quite a challenge, as these devices can become quite loud. This is the first time researchers have monitored the relationship between changes in brain structure over time and the development of language throughout the first few years of children’s lives.

One area they studied, in particular, is the arcuate fasciculus, a strip of white matter that connects two regions of the brain responsible for the understanding and use of language. MRI machines can determine the density of tissues (in this case, of white matter pathways) by measuring the behavior of water molecules through individual pieces of tissue.

Five years after first peering into the babies’ brains, the team met up with the families again, in order to assess each child’s language abilities. They tested for vocabulary knowledge, their ability to identify sounds within individual words, or to form words from individual sounds.

They report that children born with higher levels of white matter organization showed better language skills at the five-year mark, suggesting that biological factors do have an important role to play in the development of language skills. By itself, however, these results are not enough to prove that biological factors outweigh nurture completely. They’re simply an indication that brain structure can predispose someone towards greater language abilities. The findings are meant to be a piece of a much larger image and not the whole.

“Perhaps the individual differences in white matter we observed in infancy might be shaped by some combination of a child’s genetics and their environment,” she says. “But it is intriguing to think about what specific factors might set children up with more effective white matter organization early on.”

Even if the foundation for language skills is established in infancy, the team explains, our upbringing and experiences are critical to build upon this natural predisposition and play a very important role in a child’s outcome. Judging from the findings, however, the first year of a child’s life is a very good time to expose them to language in order to promote the development of this skill in the long term.

The paper “White matter in infancy is prospectively associated with language outcomes in kindergarten” has been published in the journal Developmental Cognitive Neuroscience.